How does insulation provide acoustic benefits?

The heavier the mass of a layer of plasterboard, and the greater the cavity depth between two partitions, the better the sound isolation provided. Insulation within the cavity will also provide excellent sound isolation.

The “mechanical connection,” in other words the studs used between the two partitions is also important.

The indicative performance of each stud type is as follows:

Depending on the system, it is best to fill the partition cavity at least 75%, and oftentimes as high a 100%.

Not quite. Whilst insulation significantly reduces sound transfer, typical sources of sound leakage will impact the overall acoustic atmosphere of a building.

Typical sources of sound leakage include the following:

It is important to seal all possible paths for sound leakage, or “flanking noise.” Noise not only passes through a shared wall, but finds “flanking paths” through poor joints between the wall and floor, poorly sealed penetrations, ceiling spaces, floor spaces, ductwork, and even other walls.

How can I reduce leakage/flanking?

There are a variety of ways to prevent sound flanking. All floor/wall junctions must be sealed along the perimeter with a flexible fire/acoustic sealant. Skirting alone is not sufficient to seal gabs. A correctly installed cornice can also provide an acoustic barrier to minimize flanking, as long as an airtight seal is achieved and maintained.

What is a ‘Weighted Sound Reduction Index’?

A Weighted Sound Reduction Index or Rw, is the rating used to measure the level of sound insulating abilities of walls, floors, windows and doors. It is expressed in decibels (dB), and is used for a partition or single component only.

The higher the Rw figure, the better the sound isolation that is provided. It must be noted, however, that the Rw figure is not reliable for sounds which contain a significant amount of low frequencies – for example music or sounds emanating from home theatre systems.

What does Rw+Ctr refer to?

The end results for the Weighted Sound Reduction laboratory tests are subject to a “spectrum adaption term” (CTR). This accounts for distinct types of noise sources, such as traffic, or music which has a large low-frequency component.

What does a Noise Reduction Coefficient (NRC) represent?

The Noise Reduction Coefficient is a scalar representation of the amount of sound energy absorbed upon striking a particular surface. An NRC of 0 indicates perfect reflection; an NRC of 1 indicates perfect absorption. Because of the formula used for the NRC, the coefficient is not a percentage, and therefore values larger than 1 are quite common.

What does αw represent?

αw is calculated in accordance with ISO 11654 using the sound absorption coefficient αp values at standard frequencies, and comparing them with a reference curve. 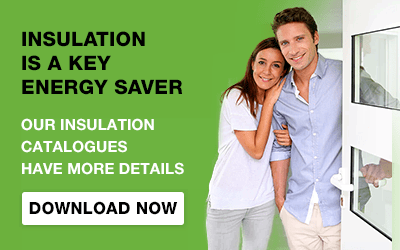